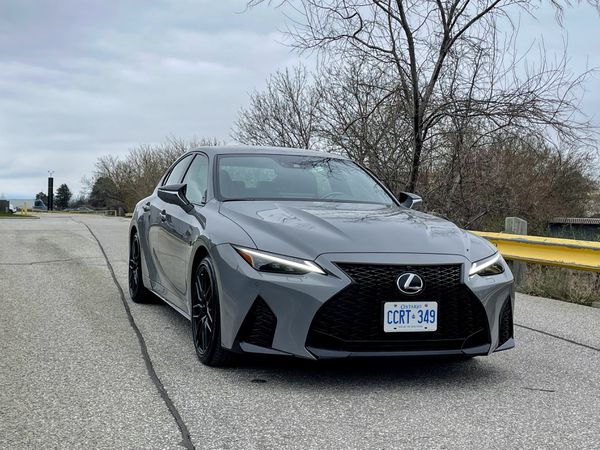 Rewatching Top Gun recently, the 1986 predecessor to Tom Cruise’s new fighter-jet blockbuster, was a powerful reminder of two things: first, that Cruise is frighteningly ageless; and second, that few things measure up to our fond memories of them.

The same is sadly true of old cars, which age less gracefully than Cruise and are (almost always) less wonderful than our minds would have us believe. Indeed, some of us may be inclined to think that the Lexus IS 500 will be spectacular, because what we have here is a compact sport sedan with a big V8 engine, no turbochargers, no hybrid trickery, and no all-wheel drive. No joke, this thing still has an in-dash CD player. It’s a dinosaur, which is just what a certain subset of backward-looking car geeks have been crying out for. On paper at least, the IS 500 is more or less a reincarnation of the old enthusiast-favourite 2008 BMW M3. The new Lexus is only slightly larger with an extra litre of engine displacement, an extra 58 horsepower and 165 pounds of curb weight.

Dropping into the driver’s seat, the IS 500 greets occupants with a rich new-car smell that’s liable to evoke a strong sense memory in anyone who had a Toyota in the early 2000s. A starter button fires up the five-litre V8 and an old-fashioned P-R-N-D lever clunks the car into Drive. The motor makes the unmistakable sub-bass hum of a big V8, but it’s refined and quiet enough so as not to make its driver seem anti-social. This is a Lexus, after all.

It should come as no surprise, then, that the IS 500 rides over city streets and along highways with a calm, unflappable composure. The adaptive suspension is just as cushy as the seats, which makes this a supremely comfortable sedan.

What it’s not is a sports sedan, despite the V8 engine and on-paper similarity to that old M3. The Lexus rolls through corners, and the steering is so numb it’s as if it has been to the dentist and injected full of Novocain to kill any feeling. If you were hoping for a track-day weapon, look instead to Cadillac’s Blackwing sedans or something with an M or AMG badge.

But, frankly, the world doesn’t need more skittish track-day cars with rock-solid rides ready to shake out your fillings. The relaxed vibe of the IS 500 makes it a capable, luxurious example of daily transportation. Drivers need not concern themselves with racing lines or avoiding potholes. Instead, they can simply enjoy depressing the throttle and savouring the way this naturally aspirated V8 motor takes time to build speed and noise gradually. It’s perfectly happy to loaf around town but still capable of carving along a twisty road at a good pace.

In other words, it’s a fast, luxurious sedan. However, if you don’t need the V8 engine, there are plenty of other more spacious, more fuel-efficient, less expensive luxury sedans out there, many of which have more modern cabins and infotainment systems than this Lexus.

There will be some – although probably not many – drivers who simply must have the 500′s nostalgic hit of a big old V8 engine in a good rear-drive chassis.

For drivers not wearing rose-coloured glasses, however – those willing to forgo the old V8 engine and embrace such “modern” technologies as all-wheel drive and turbochargers – the Lexus is a lot like the original Top Gun movie: enjoyable but obviously flawed and, ultimately, it doesn’t make much sense.

Understated. Only the 19-inch alloy wheels, quad exhaust tips and spoiler on the trunk hint at the fact that this Lexus is packing a beefy V8 motor.

Cramped and slightly dated, but well made. The 17-speaker Mark Levinson stereo bundled into the $4,750 Launch Edition package (the only option fitted to our test car) sounds incredible.

It’s fast and comfortable, which is a surprisingly rare combination in the compact sedan market. The IS will be outgunned in a drag race by turbocharged rivals, but the Lexus has a good limited-slip differential for when the going gets twisty.

Lexus includes a vast array of infotainment and safety features as standard, unlike German rivals that often make customers pay extra. The main touchscreen looks low-res and has a woefully dated user-interface.

Adults in the rear seats should be ready to have their knees splayed either side of the front chairs. The rear doors and trunk opening are both small.

Shopping for a new car? Check out the new Globe Drive Build and Price Tool to see the latest discounts, rebates and rates on new cars, trucks and SUVs. Click here to get your price. 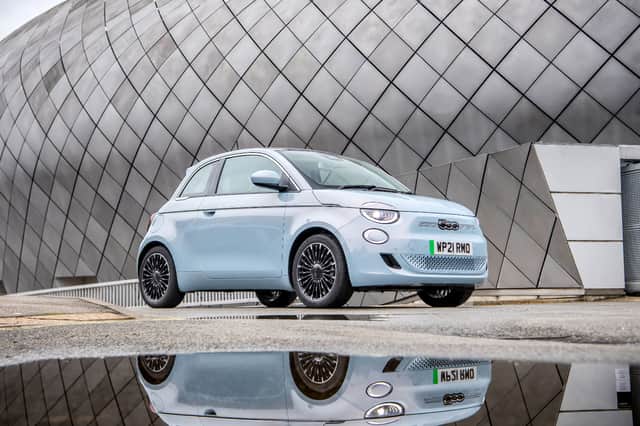